While echo is the more widely known command for printing text to standard out, I have found behavior and documentation inconsistencies in its varying implementations1. 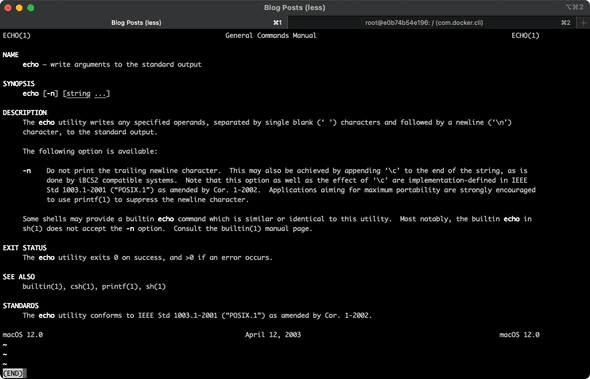 In addition, it’s default behavior can cause unintended results when combined with character sensitive commands like base64. Here are a few use cases where echo has caused some trouble for me.